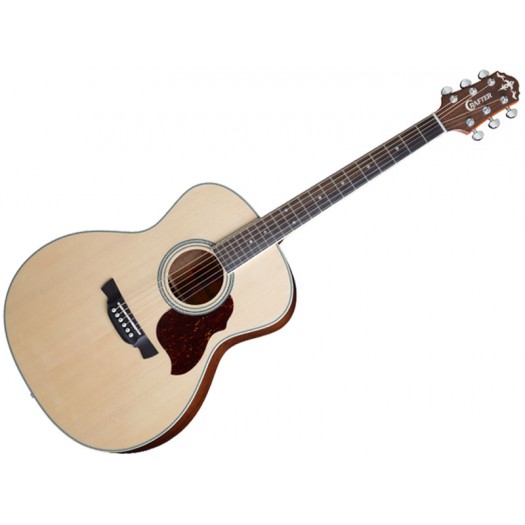 Crafter’s history starts in 1972 when HyunKwon Park founded his business in the basement of his home in Seoul. Within a compact 20 square metre space, HyunKwon built classical guitars for the Korean domestic market with four other craftsmen. By 1978 they had outgrown their basement space and moved to bigger premises, just outside Seoul, in order to fulfil their growing customer orders.

In 1986 HyunKwon’s son, Injae Park, joined the company and HyunKwon became chairman. InJae believed that ‘Sungeum’ was too difficult a word for his export market so he decided to create a new brand that would be both easy to remember and convey an appropriate image. He chose the name ‘Crafter’, which has connotations of high quality and also pays tribute to the craftsmen and women who create the guitars. The Crafter brand is now registered in more than 40 countries throughout the world.

In 2009, Crafter expanded again and built a bigger state-of-the art manufacturing complex to build even more guitars. The move which was the result of 5 years of planning and construction features modern facilities including leisure rooms, a huge restaurant, gym, and a chapel for all the staff who work there. Building in the same area as the previous workshop meant that Crafter could retain all of their loyal and highly trained staff.

When HyunKwon Park and his four employees began their conquest of the Korean market with classical guitars, their focus was on ‘top quality’ and ‘excellent value’ guitars which are two concepts closely connected with his brand name, Sungeum. Since running the company in 1986, InJae Park, has established Crafter as a world-famous brand which matches these virtues like no other’s.